In March, we celebrated the 14th anniversary of when British Sign Language became officially recognised by the British government.
We use Early Years Sign Language in both our nurseries from Baby Acorns onwards. 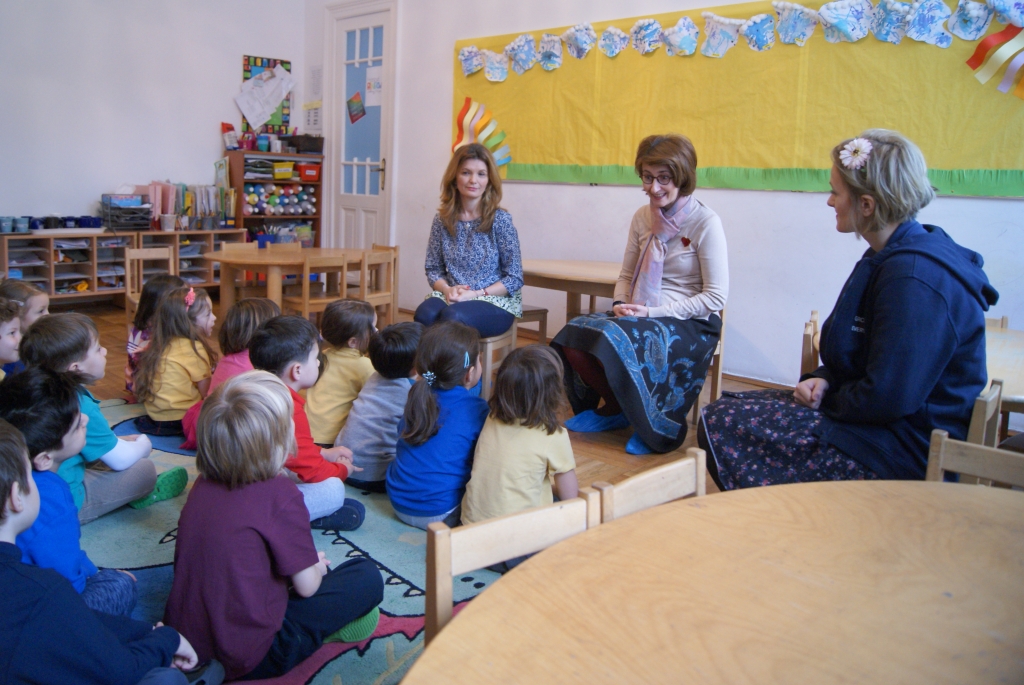 At first, signing helps ease frustration for babies before they are able to communicate all their needs verbally but we continue its use in the older age groups also as it helps to form more connections in the child’s brain as well as being fun. In the older age groups the children also find out how sign language is used by deaf people as their own language and that deaf people can play an important role in society.

Light into Europe is one of our community partners, who work with both visual and hearing impaired people. Camelia Platt and her friend Sandica, who is deaf came  to meet the children in School Years and explained more about the use of sign language in the local community.